Is simpler than I thought. 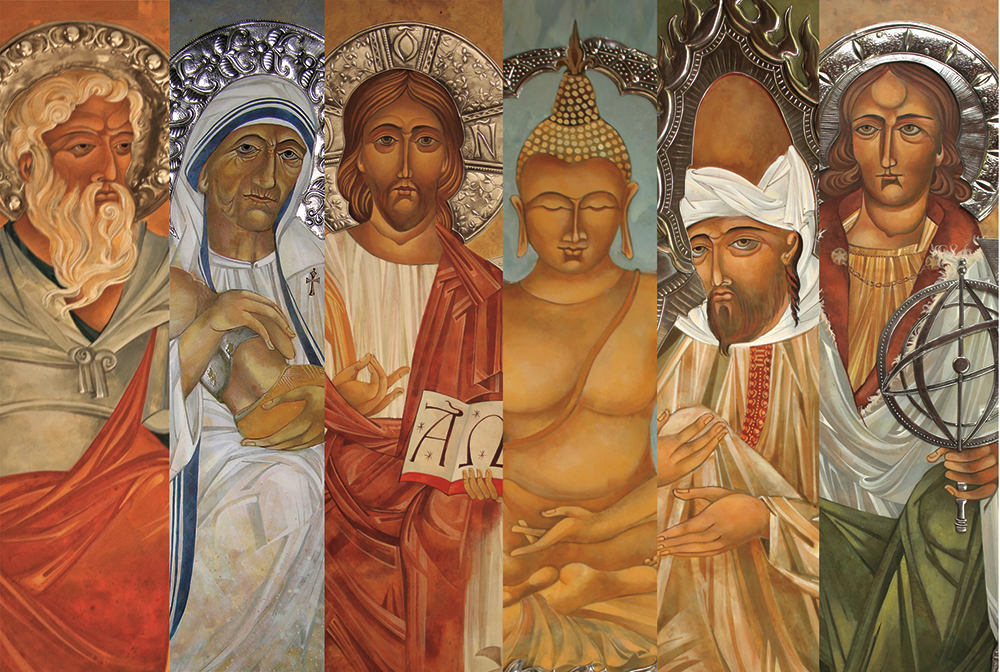 The riddle has vexed humans for ages.

It’s made some walk across scorching sands for weeks, goaded others to ruminate for days in caves, and made others squat under trees in lotus pose to cook up recipes for enlightenment and bliss.

Like chefs in a mystical season of ‘Chopped,’ they tried to turn baskets of the ingredients of life into plain but nutritious meals for humankind, all because the available food they tried tasted wrong and they knew that the world was sad.

These sages of antiquity gifted their answers to the world hoping to alleviate suffering and injustice only to see their simple dishes repeatedly ignored, perverted, rejected or disdained.

Like those who have lost their taste buds, we cannot appreciate a plain meal. We need spicier fare to awaken our numbed sensibilities. What stirs us most is fear. The fear of death is what sends us rushing back to the kitchen.

Spooked by our mortality, we have kept writing elaborate myths, rigid doctrines and incomprehensible philosophies to try to make sense of the universal law of entropy: “from dust thou art and unto dust shalt thou return.”

We conjure kingdoms in the sky where, for eternity, we will continue bedeviling the universe with questions of meaning accompanied by harp music or in sultry embrace with seventy-two virgins.

Like troublesome, high-brow English professors, we appear incapable of savoring the poem of life in all its ‘nonsensical,’ majestic simplicity, so insist on pounding meaning out of it with the rubber hose of our arrogant incomprehension. In the vast cosmic scheme, human impermanence and insignificance drives us mad.

Meanwhile, the rest of life looks with mute dread at this aberration of nature, sensing its fate now irrevocably in the self-destructive hands of an unhinged primate with anger management issues.

Imprisoned in the torturous chambers of our minds, we continue burning the midnight oil writing scrolls and scrolls of answers to the meaning of life while the gifts of life pass us unaware. Shuttered inside our egocentric caves, we remain deaf and blind to the divine spectacle happening all around us every second of every day.

God changes his appearance every second. Blessed is the man who can recognize him in all his disguises. At one moment he is a glass of fresh water, the next, your child bouncing on your knees, or an enchanting woman, or perhaps merely a morning walk. — Nikos Kazantzakis ‘Zorba de Greek’

A simple recipe, like “love is the religion and the universe is the book” baked by the poet Rumi, sounds too straightforward. It cannot be that simple, can it? No! We must write more complicated rules, morals, and injunctions to govern our abnormal appetites. We need to create heavenly overlords after our own image who can keep us from harming ourselves and others. Certainly, we cannot govern ourselves without the looming threat of eternal damnation braised in fire and brimstone.

This madness is exclusive to our species: Homo Absurdus.

For all my walks in nature, I have yet to come across stone tablets, codices or surahs written by weasels or worms — not even by the wisest owls — to regulate their lives. They seem miraculously able to do so on their own. Perhaps this is why I have also not seen temples, mosques, churches, synagogues, sex shops, opium dens, torture chambers, prisons, rehab clinics, mindfulness retreats or therapy couches out in the wild.

You’re behaving like an animal! has always smacked me as praise rather than opprobrium.

“ME imperturbe!” scoffed poet Walt Whitman. “Standing at ease in Nature, aplomb in the midst of irrational things. Finding my occupation, poverty, notoriety, foibles, and crimes less important than I thought.

“Me, wherever my life is lived, O to be self-balanced for contingencies! To confront night, storms, hunger, ridicule, accidents, rebuffs, as trees and animals do.”

Afoot and lighthearted, Whitman traveled the Open Road unencumbered by the doctrines without which humans seem unable to joyfully navigate their brief time on earth.

“Now I re-examine philosophies and religions,” Whitman declared. “They may prove well in lecture-rooms, yet not prove at all under the spacious clouds and along the landscape and flowing currents.

“The earth, that is sufficient!

I do not want the constellations any nearer,

I know they are very well where they are,

I know they suffice for those who belong to them.”

Whitman lived his eternity in the here-and-now. He hoped for nothing, feared nothing, and was therefore free. “Healthy, free!” he exulted. “The long brown path before me leading wherever I choose. Henceforth I ask not good-fortune, I myself am good-fortune. Henceforth I whimper no more, postpone no more, need nothing!”

The prophet who wandered for forty days in the scorching sands of the Judean Desert returned with an equally simple message: Wake up! Yours is the kingdom as soon as you recover the delight of childhood and live with presence.

An uncarved block of wood was Daoism’s response to our insistence of making our lives unnecessarily complex.

To the question of the meaning of life, the Buddha responded by holding up a white flower.

A wake-up call, a chunk of wood, and a stinking flower… is that it? Surely there’s more to the meaning of life than that! We need more rigid dogmas and heady philosophies, more ritual, more prayer, longer liturgies and a horde of cowled middlemen or supercilious interpreters to make sense of it all. We need miracle, mystery, and authority as said Dostoevsky in ‘The Grand Inquisitor.’

Having arrested and imprisoned Jesus after he returned to walk among his fellow men once more, the Grand Inquisitor reprimanded the Christ:

“Thou didst desire man’s free love, that he should follow Thee freely. [That] in place of the rigid ancient law, man must hereafter, with free heart, decide for himself what is good and what is evil, having only Thy image before him as his guide. [Didn’t you] know that he would reject Thy image and Thy truth if he [were] weighed down with the fearful burden of free choice? Thou didst ask far too much from him. [Man] is weak and vile.”

The “free choice” mocked by Dostoevsky’s Grand Inquisitor is the divine instinct German writer Georg Groddeck called “Gott Natur” or God nature — our kinship with the rest of life and our capacity to tell right from wrong and good vs evil without needing to hit the stacks or run to a confessional to confirm our intuition.

In ‘The Gospel of Jesus,’ Stephen Mitchell says “the portrait of Jesus that emerges from the Gospels is of a man who has emptied himself of desires, doctrines, rules — all the mental claptrap and spiritual baggage that separate us from true life. When Jesus talked about the Kingdom of God, he was not prophesying about some easy, danger-free perfection that will someday appear. He was talking about a state of being… a way of living at ease among the joys and sorrows of our world.”

Other hunger artists were pretty much saying the same thing.

Kazantzakis said life is only worth living if we develop the strength and the integrity to withstand the unavoidable sufferings and misfortunes of existence without flying to an imaginary world.

Philosopher Alan Watts suggested the world is an ever-elusive and ever-disappointing mirage only from the standpoint of someone standing aside from it, and then trying to grasp it.

For Greek poet Homer, life was a succession of contingencies. He believed our lives are ruled by fate and chance. Shit happens and life’s not that hard or complicated. Socrates, however, could not accept this, so he invented morality, says John Gray in ‘Straw Dogs.’

Instead of wasting precious time searching for “eternal truths” or formulating redundant morals, Gray points to the simple lives of other animals as the source of ethics. “The beginnings of justice, prudence, moderation, bravery — in short, of all we designate as the Socratic virtues — are animal.”

As I write this, the first snowstorm is blanketing the meadow beyond my window. Unperturbed by questions of meaning and purpose, a pair of thick-furred deer nibble hungrily at the last tufts of grass. The forest is serene and placid except for a prudent squirrel hurrying to store the few remaining acorns. The black bear must already be snugly burrowed, dreaming of sunshine, golden honey, and the exultant spectacle of spring wildflowers.

It brings to mind the comfort author E.B. White said he found “with the pleasing thought that to live in New England in winter is a full-time job; you don’t have to do anything. The idle pursuit of making a living is pushed to one side, where it belongs, in favor of living itself; a task of such immediacy and beauty that one is powerless to resist its wild embrace.”

And it makes me wonder…

Do we, by nature, already carry the blueprint for bliss?

Might the meaning of life be truly found once we recover our divine instinct and live with childlike presence?

Is the purpose of life, simply, to be?

Read my Winter Solstice meditation in celebration of the birth of Jesus.