Is seldom what it seems. 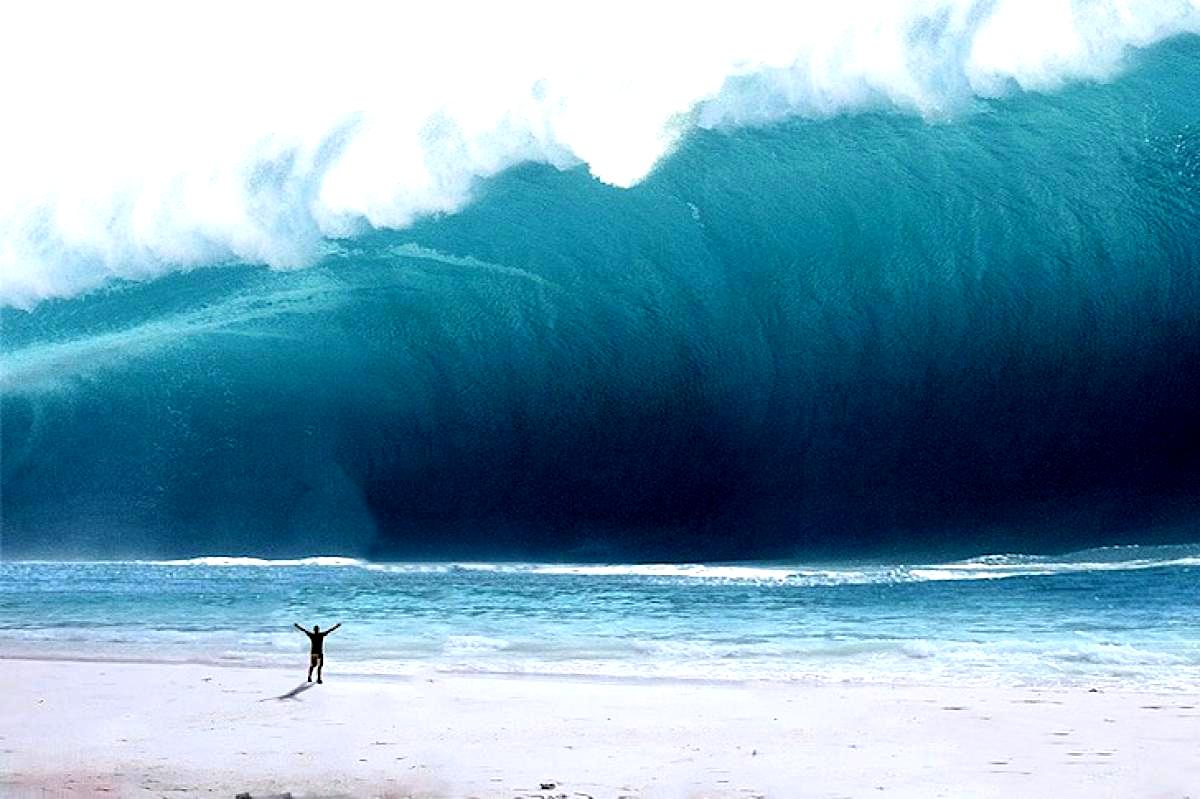 Is seldom what it seems.

Dig deeper, and under each sweeping impulse you’ll find a common thread: the burning desire to feel intensely alive.

Most of us could care less about the ultimate meaning of existence, said the great mythologist Joseph Campbell. What we truly yearn for is the experience of being alive, so that our day-to-day existence, on the physical plane, resonates with our innermost self to awaken rapture — a word that, at origin, means to be carried away, snatched away… swept away!

It’s the longing many us feel at different points in our lives and project onto the intimate screen of our wistful day dreams.

Like the sultry one of being trapped inside the elevator with our sexy coworker who’s charmed with that irresistible dimple, healthy lack of inhibition and naughty disdain for company policy.

The carefree fantasy of a life in sun-drenched Tuscany, or the melting desire to be ravished by a Venetian, black-eyed gondolier.

The stirring wish to find a job posted online by a band of pirates looking for a daredevil shipmate for their next raid out on the open sea. “No swashbuckling experience required. Booty guaranteed!”

The barefooted dream on a white sand beach swaying on a hammock watching our slick sailboat bobbing nearby with no other care in the world than charting the next leg of our intrepid voyage.

It’s that ultimate yearning to be whisked away from our tedious lives, dispassionate relationships, boring locales, dispiriting jobs, or saved, if only for a day, from the death lock of monotony.

Bemoaning the apathy and deadening conformity of the 1950s, Beat writer Jack Kerouac captured his generation’s seething urge for revolt through the personal lens of his disquietude:

“At lilac evening I walked with every muscle aching among the lights of 27th and Welton in the Denver colored section, wishing I were a Negro, feeling that the best the white world offered was not enough ecstasy for me, not enough life, joy, kicks, darkness, music, not enough night… I wished I were a Denver Mexican, or even a poor overworked Jap, anything but what I was so drearily, a ‘white man’ disillusioned.”

In today’s regimented, rat-racing world, I imagine many must feel like they ought to check their pulse now and then just to make sure they’re still alive.

Not long ago, at the heels of a dangerous dalliance with a married woman, I quit my well-paying job and walked away. I had reached the point of numbness, a state of mind and spirit made worse by seeing the hourglass of my life more than half empty and the sand accelerating its fall.

‘Now or never!’… I finally broke free to fulfill my boyhood dream of becoming a writer; one I unwittingly buried to join the ladder-climbing sheep of my generation. In my early twenties, much too young and unwise to second-guess my impulse, I donned the mask, the suit and tie, and got busy pursuing other people’s tinsel fantasies. So convincingly did I play the role that after fifteen grueling years working long hours finally made it to the top.

It all came tumbling down in a flash.

Like Sisyphus, I spent the following two decades rolling my heavy burden uphill just to see it roll back down to start all over again. Paycheck to paycheck, one humdrum job after the other, escape was morally untenable. By then, I was honor bound to my family so bowed my head and kept going through the motions like a shackled, limp marionette. Breaking free only became possible once I launched my two daughters into self-reliance. At long last, I heeded the call of my boyhood passion and allowed myself to be swept away, and for the past three years, have been doing what I believe I was meant to all my life.

While most of my hours hum and zing with a spirited charge of aliveness, I still find myself longing for that sense of rapture Campbell and Kerouac so poignantly described.

Is it just me?

Am I the only one cursed with abiding dissatisfaction? Might my affliction be living proof of the hedonic treadmill theory? The one that says humans quickly return to a relatively stable level of happiness despite major positive or negative life changes? Are we just inveterate desiring machines; nothing but incorrigible dopamine addicts? Or is our restlessness caused by our awareness and fear of death? “We love life,” says writer Sam Keen, “so death is an insult to our spirit.”

Perhaps this is what I’m up against; the dreadful recognition that my life is again losing its edge, becoming small and stifling. Still too safe and secure, I’m like a sheltered ship at harbor, yet know that is not what ships are meant for. Maybe this is why I lately find myself daydreaming of purchasing a one-way ticket to a foreign country and moving there with only loose change in my pocket. What could possibly go wrong? Would I really end up starving to death in some squalid, rat-infested neighborhood swarming with pimps, prostitutes, and knife-wielding assassins? Or might I instead discover within me a previously untapped fount of courage and butt-saving street-smarts? One thing I am certain of is that those who live closer to the bloody floor of life’s slaughterhouse know no boredom. Like animals on the hunt, their hides must quiver, alert and alive.

No difficulty can discourage, no obstacle dismay, no trouble dishearten the man who has acquired the art of being alive. Difficulties are but dares of fate, obstacles but hurdles to try his skill, troubles but bitter tonics to give him strength; and he rises higher and looms greater after each encounter with adversity. — Ella Wheeler Wilcox

For all my present confusion, though, there is one more thing I know well, and that is myself. In such state of vulnerable unease, I know I am easy prey to a new blinding passion so must remain vigilant and keep the stamping and impetuous bull inside me locked in its pen until I figure this out.

Those lacking self-awareness are the ones who succumb to subconscious urges making them bolt from their marriages, abandon their children, buy Ferraris, have affairs, or quit their jobs on a whim.

Knee-jerking is for fools. Wise men simmer. They shine the light of reason on the wild and dark recesses of their minds before deciding to act on a bubbling impulse. When they do act, they make sure the remedy for their itch is the right one and not some fleeting opiate they know won’t work. A sexual obsession, for example, is a sign of repressed spirituality, as Sam Keen wisely notes.

Having singed my wings to feel the burn far too many times, I have proven what Keen says about using self-indulgent risk taking as an antidote to boredom — it is a dangerous drug.

Slowly then, I’m beginning to sense that serenity, perhaps even rapture, can only be experienced when we become part of something greater than ourselves. A worthy, selfless quest must surely be life’s most powerful aphrodisiac.

Perhaps the deepest measure of our character, of our very humanity, is how much we go on giving when what we most value is taken from us — when a loved one withholds their love, when the world withdraws its mercy. – Maria Popova

Facing danger — even death — in loving service to others and the world may be as close as we can get to meaningful and intense aliveness. It is also the only path to immortality, one forever etched in the memories of those whose lives we heal and inspire by the touch of our grace.